Scandinavian countries have always mesmerized with their natural beauty. Magnificent rocks, thick forests, fjords and waterfalls became an inspiration for interior designers. Originally, the Scandinavian style was greatly influenced by customs and traditions, but today it remains one of the most popular styles in the UK with some hints of modernity. 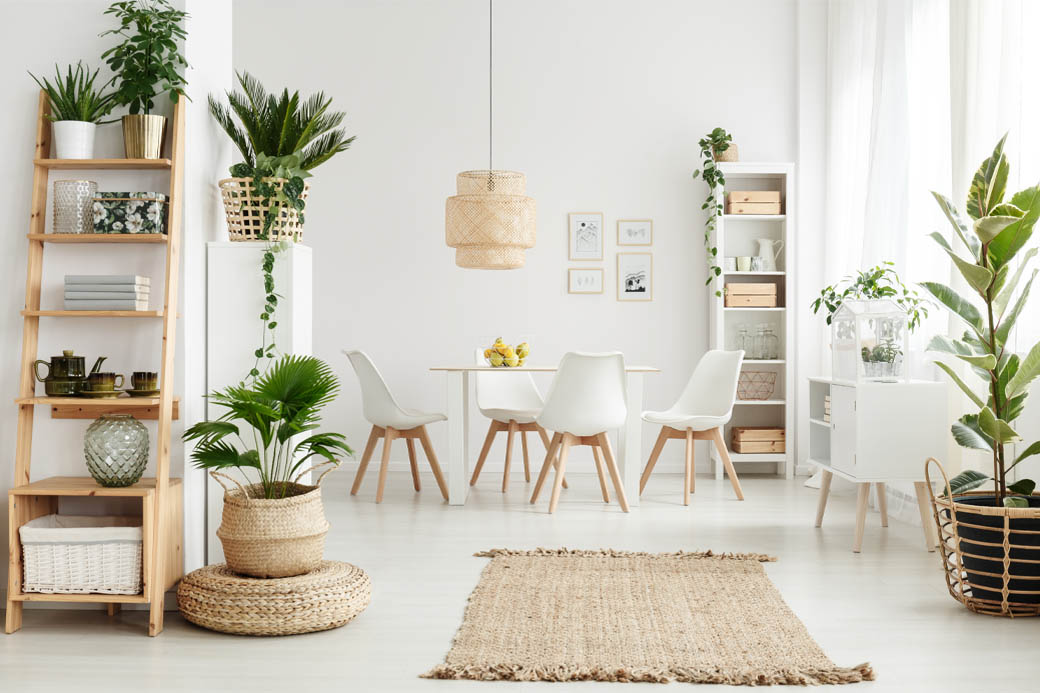 Scandinavian design has been gathering its features since the 19th century. It has been inspired by the climate and nature of the countries located there. Most of the Scandinavian countries have a dark, cold and snowy climate, there are mountainous and covered with forests areas so the main goal to achieve by the design is psychological warmth and use of natural materials.

This style has experienced two golden ages. The first one started in the 30ies years of the 20th century and was developed by such renowned designers as Alvar Aalto, Borge Mogensen, Hans J. Wegner etc. These and many other people have formulated the values of the Scandinavian design that must be durable, functional and reliable. Another golden age of the Scandinavian style was at the beginning of the 21st century. The style has evolved from folk-inspired and traditional to rather minimalistic. Grag Ritchie, the design manager of Ikea, has determined three other features of the modern Scandinavian style  including functionality, beauty, and simplicity. The accents are made on natural materials, light, and minimalism.

Features of the Scandinavian style 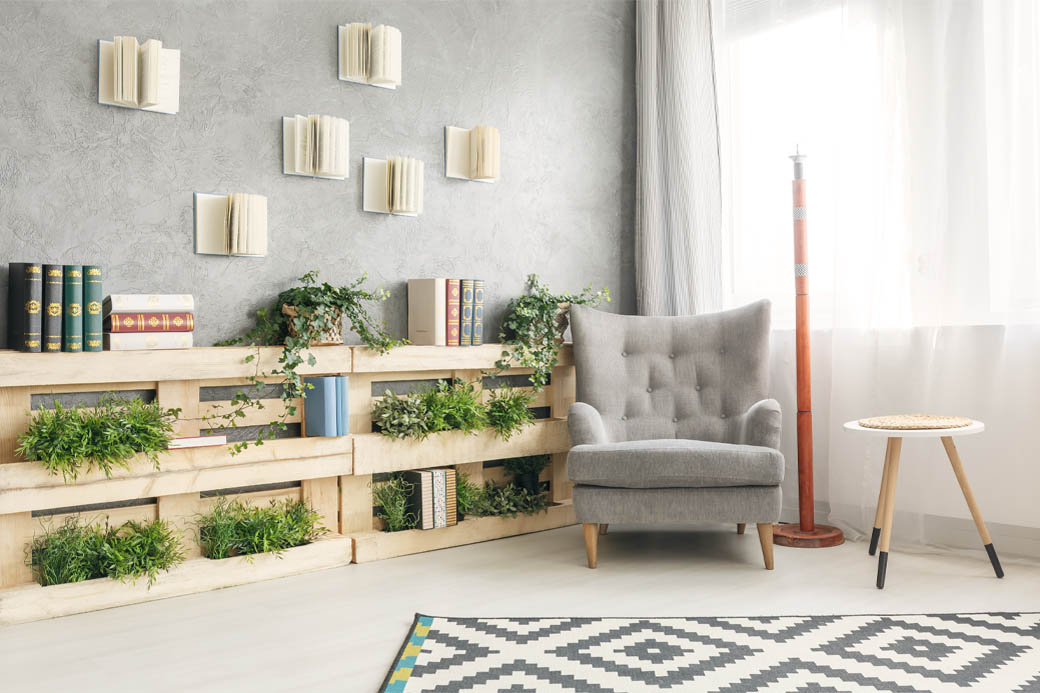 Like every other design Scandinavian style  has its exclusive features that make it stand out among others. Now we will focus on several tips how to achieve a Scandinavian look of the interior: 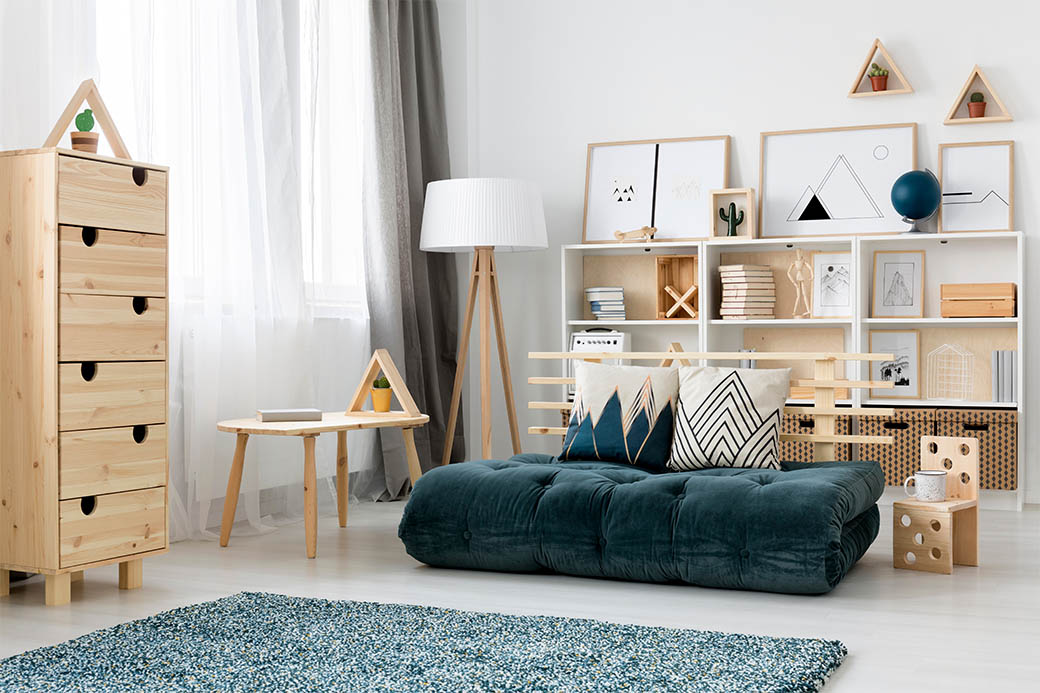 The popularity of the Scandinavian design has grown due to its unique opportunity to create an uncluttered, welcoming and warm interior. It has united the best traditional and the most functional modern pieces to create an interior that is really meant for comfortable living. Being minimalist such designs are affordable and even a tiny accessory can refresh the space.

How To Save Money With Virtual Staging?

The greatest drawback of staging type is huge sums of money spent both on designer services and furnishing. The second way to improve your listings by staging is the virtual one. Its main benefits are showing the potential of the empty property, the attraction of more viewers, and as a result, faster sale of this property. However, virtual staging has another huge advantage for both property owners and realtors: it saves money. How can it happen? There are several ways to get all the benefits provided by virtual staging and spent a little. The possibilities of virtual staging are endless. You may either add a couple of items or declutter and redecorate the whole room. All this is available for comparably little money.

Private cottages with much outdoor space are very popular in the real estate market, but some of them may stay there for many years and the reason for that is not a price. Often, lack of designer skills or the absence of desire to keep order by the home discourage the potential buyers. Every person wishes to buy a perfect house so any staging mistakes, outdoor ones, in particular, are a huge drawback. It’s important that you think of any imperfection, even small things you wouldn’t think would put anyone off. For example, if you have any missing or chipped tiles on your roof, it can make the potential buyer think there are further issues with the house. Getting Ace Roofing to replace these faults can be the difference between a sale or not. Let’s see what outdoor space staging mistakes should be avoided for a home to be a top viewed ad in the listings.

Things You Should Know About Virtual Staging

Virtual staging has become a reasonable solution for everyone who deals with the interior design, staging vacant homes or dealing with furniture and decor. Today there is no need to hire a photographer and take photos of an empty home, buy expensive furniture advised by a designer in his services, add unappealing listings etc. All these and many other problems can be solved using virtual staging services. It is rather cost-effective and offers flexibility as an image can be changed multiple times if you need. It is possible to combine different types of furniture, try several interiors in one room or help the potential buyers see the potential of the empty property. However, there are three more things you should know about virtual staging.

Buying A House Without A Realtor: Pros And Cons

Everyone who sells or buys property always thinks about a necessity of hiring a real estate agent. Portrayed in many films negatively they seem to do nothing and get huge money for that. However, people who have experience of either buying or selling a home would more likely agree that a realtor has played an important role in that experience. So, if you are not ready to pay a sizable commission from your pocket or wish to try your own hand in real estate business, evaluate the benefits and drawbacks of buying a house without a realtor and only then make your final choice. If you are looking to buy a house you will need to find a good mortgage to help towards buying it.

How To Find Quality And Affordable Interior Design Providers?

A lot of people choose to carry out home improvements themselves, and if you’re in Canada you should check out the Mississauga Benjamin Moore store to see a range of wallpaper designs that you could install yourself. Today it is more popular to order interior design services if you wish to change a look of your home. Comfort and pleasant atmosphere have become decisive factors in every interior and only a professional can achieve this goal. Thankfully, reputable interior design firms such as VISO pride themselves on their ability to create a beautiful haven through the art of interior design that is more than satisfactory for their clients. However, it turned out that it is a real problem to find a qualified, talented and affordable interior designer or company. There is an overwhelming number of offers in the modern design market but it is not safe to entrust anybody you see for the first time with this responsible task. You may not only waste your money but also be absolutely disappointed with the workflow and result. To avoid such negative consequences it is important to put effort and devote time to finding an experienced interior design provider and consider the following tips to make the right choice.

There are quite a few ways you can sell your home. You could do it all independently, you could use a real estate agent or maybe you’re in a rush and need to use we buy houses Sacramento. Which ever way you’re selling your home, home staging can be a big part of getting a good price for your house. Home staging ideas can be found in different sources and books are among them too. Some suggest that having the right garage floor coatings can make or break the sale for perspective buyers. Keep that in mind when staging your garage, assuming you have one. Today it is very popular to try your hand at writing and many interior designers do not lose this chance as well. They compose books on different topics including home staging, so here is a list of the best home staging books to read this year. If you’re looking for ways to protect your home’s value, take a look at home warranty reviews.

10 Best Home Design Blogs To Subscribe And Learn From

The design is a creative art as well as science so you should always be in search of new ideas and knowledge, for example, they might decide that the newest thing will be how about some matching floor and ceiling lights? That could be the latest in ideas, however, times might be changing soon enough. If a designer does not keep up with modern trends, his projects get lost in the abundance of others and become outdated. That is why every designer should have time for self-improvement and be aware of the innovations and novelties of the industry. If you are thinking about redesigning your home, but are unsure about what to get, or how to go about it. Then the one thing that you could do would be to take a look at something like this bistro furniture, or you could take a look at these window treatments, however, there are loads of things that you can do and take a look at when it comes to redesigning your home, such as revamping your windows inside and out with shutters from home design companies such as Shuttercraft. The best way to follow modern trends is to look for inspiring ideas among professionals. Many famous designers share their vision in popular interior design blogs, so here are top 10 best home design blogs to read.

Virtual 3D tours have struck the real estate market quite recently. They have been used for about 3 years only and firstly were created only for luxury property to impress the potential and wealthy buyers. I can imagine Eddie Yan homes for sale will probably take advantage of this fantastic technology at some point. It is not a secret that rich people can afford going to different corners of the world to see the property they wish to buy, but the appearance of 3D virtual tours has simplified this procedure as you can see a home on sale without leaving your home, real estate agency office or country. Moreover, the first 3D tours required new technological devices and software and were rather expensive so ordinary sellers could not afford it. However, when real estate agents have appreciated the benefits 3D tours bring, a demand for this service was growing and more and more companies began to offer similar services. That allowed to make the price lower and spread the service to the property with the average cost. It would be interesting to see a real estate tour for different places. Nowadays, there are many arguments on the point if 3D tours can be called the future of the real estate market as there are supporting evidence of both its pros and cons, but it seems that realtors are not ready to refuse from showing homes on distance due to a number of unsurpassed benefits tours provide.

How Much Should I Spend On Virtual Home Staging?

Due to the popularity of virtual staging services many companies wished to take their place in this direction, however, there are only several professional companies that major entirely on VR and guarantee high-quality solutions from experts.

Why Do Some Apartments Never Find Their Buyers?

Real Estate business has many underwater stones. Much of the important information about the property on sale is kept secret from the potential buyers. In addition, there are some reasons for the property to remain in the market for months, years and the owners do not ever get profit from selling them. Though it may seem that every product has its buyer, sometimes the requirements of the sellers are so exaggerated that a property is only getting older and never bought by anyone, houses for sale in mississauga doesn’t have this issue though. Let’s analyze why buyers categorically refuse from buying property and what astonished them most of all.