Fancy cars for real estate agents: Yes or No?

It is not surprising to see successful real estate agents who drive luxurious cars. Moreover, since their job involves moving around the neighborhood, city, or even a state, the car seems to be a necessity rather than a luxury. 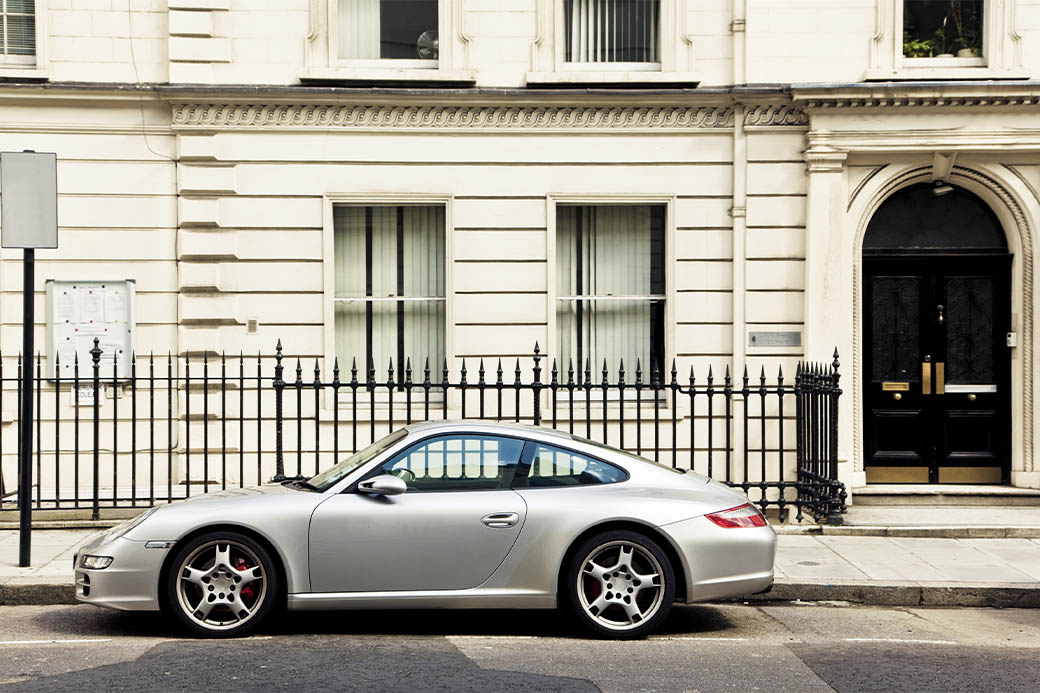 However, there is a question: should real estate agents drive expensive cars or C class is enough? One of the groups on Facebook raised this question because of the message of realtor Andrea Hatton. Her former customer sent her an email where he refused to use her services again because her ‘car was too dumpy’. You may wonder what car she was driving – Honda Accord 2007. The participants of the discussion on Facebook decided to come to the conclusion of whether flashy cars are suitable for real estate agents. A necessity to cover hundreds of miles on a daily basis without a car is a real challenge, so every realtor tries to buy a car as fast as possible. Moreover, the car possessed by real estate agents influences the way clients perceive them, so it is very important to choose the right model. This means that some real estate agents will have expensive cars shipping in, using a service similar to Cars Relo so their customers will be satisfied. There is a viewpoint that flashy cars contribute to the success of the deal. The others suppose that showing off prosperity may lead to alienation and even a desire to get a bigger discount. 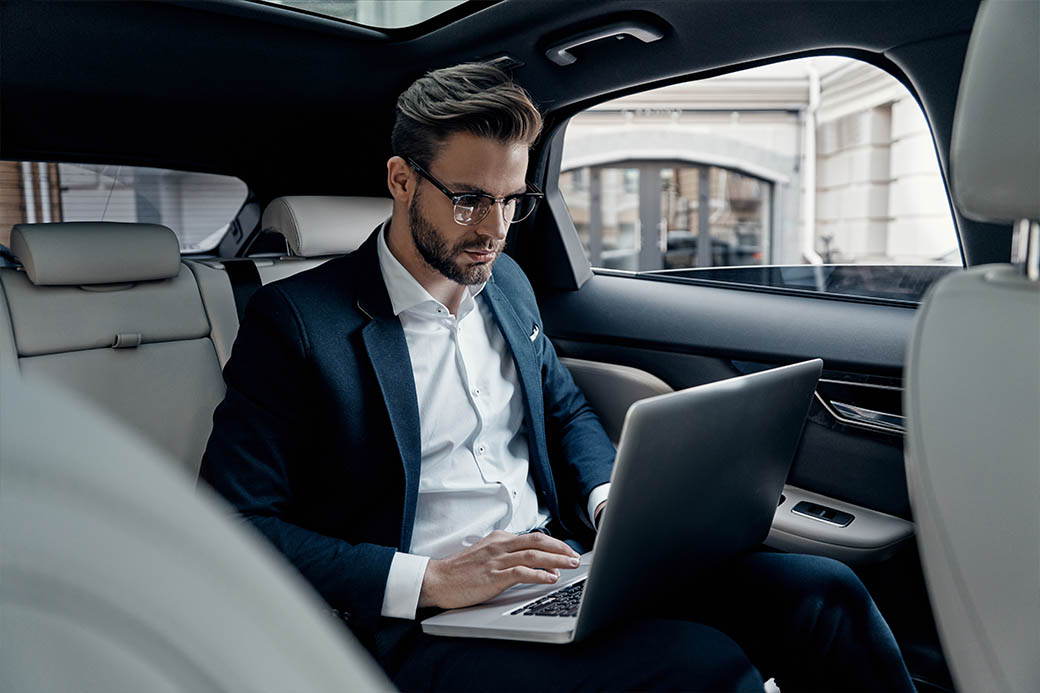 One of the group members who consider driving expensive cars a benefit explains that real estate business is oriented on image and not only regarding the property, so a good car can serve as an attraction. One broker in Atlanta suggested another opinion paying more attention to the quality of services provided rather than accessories used. He believes that clients enjoy cooperating with successful real estate agents but their commission should not be sky-high too. He also mentioned his friend working in Atlanta and driving luxurious Ferrari, whose commission is not high but the total amount of money he sold for was $143 million. 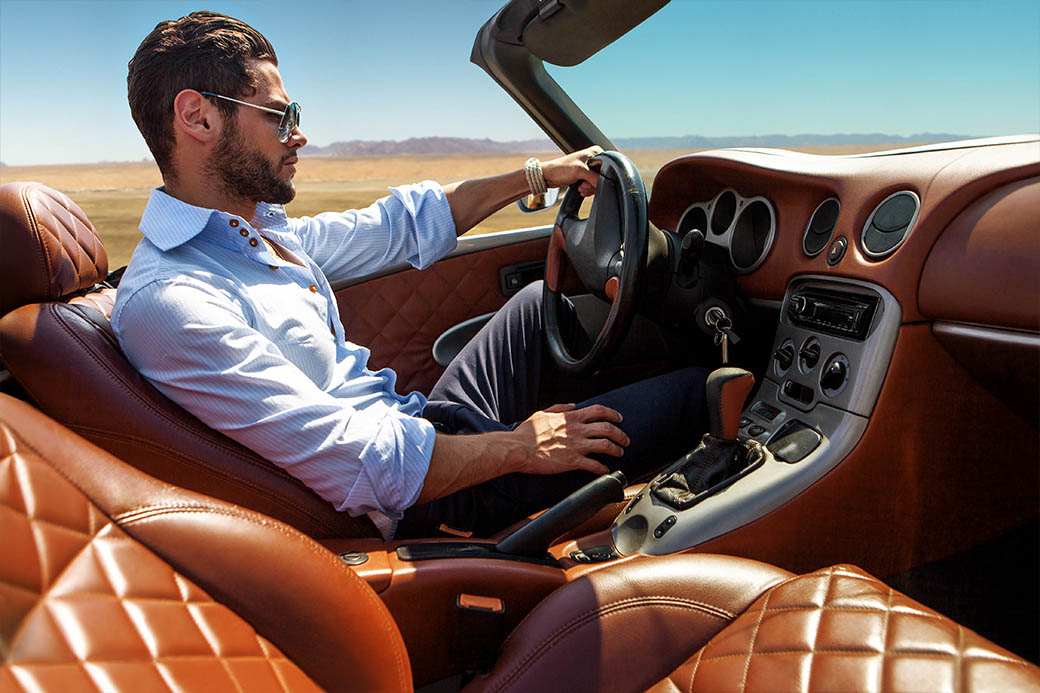 There are agents who admit being explicitly evaluated on the basis of cars they drive. It is especially noticeable in such places as Miami or San Francisco where a vehicle says about your success in the industry. According to Hector Chinea, he knows buyers who refused from the services of some agents because of their scrubby look. However, there is another side of the medal too. There were cases discussed when driving a high-class car led people to wrong consequences. They think that such realtors have bigger commissions and try to get a discount from them. One lady even mentioned the fact that it is really painful each time to see a realtor who has sold your home for debts driving a Mercedes. According to Brendan Clemmens, the car driven by realtor may have two opposite impacts on clients. Ones may believe that real estate agents earn too much and ask for a reduction, while others can evaluate this fact as a feature of success in the industry and hire a realtor without any doubts. That is why many realtors have come to the conclusion that the best car is one to reflect success without smacking anyone over the head.

One more reasonable solution was made on the point that the best car for a real estate agent will differ depending on the market he or she works on and what clients are to be attracted in this way. Realtors who sell luxurious property can afford to buy more expensive cars while dealing with urban areas and small property should be reflected in a middle-class segment of cars. It would not be strange to see Bentley in Los Angeles or San Diego, but if such a vehicle will be parked next to a wooden home somewhere in the middle of Nevada, it may lead to several questions.

One more point discussed by realtors is the importance of buying cars made in America. There were cases when realtors had lost pricey listings because they were not driving domestic cars. However, there are people who believe that the car driven by realtor does not have any impact on clients at all. Some realtors admit not caring their clients’ attitude to the car they drive paying attention to their own comfort and choice. Some users even suggested cases when real estate agents on cheap cars have closed big deals without much effort and a car did not interfere with the deal at all. But the main conclusion to the discussion was made by Lori Winterhalter. She stated that it is not the car that matters, it is the attitude to the clients that plays the main role in the success of the deal.

It happens that real estate may remain on the market for several years and there is hardly any client wishing at least to look at it let alone buy it. Why does it happen? Unfortunately, it may be the result of rough mistakes made by the seller. Today it is important to make up a strategy to sell a home for the reasonable money and within a short period of time. Some people ignore this not understanding that in 2017 it is not enough to make several amateur photos and set the price. That is why there is a list of sellers’ common mistakes to avoid and be more successful with selling homes

How to attract the first real estate clients

Real estate agent profession is incredibly popular with Americans since sometimes commissions can be very high and it reflects on earnings as well. That is why there are over 2 million realtors in the US only and many people want to try this profession and achieve success in it. However, when you enter the market, you may face a real challenge – how to find the first clients.

Real estate business differs from one city to another. Every market has its own hot time, and if in one city, it can be easier to build your career in this industry, another city or town can be a real hell for new and even experienced real estate agents.

6 Tips for realtor how to survive a holiday season

Real estate business has its peaks and lull. The holiday season is usually a difficult period for real estate agents since the number of deals, as well as buyers and sellers, decreases greatly. The reason for that is people’s desire to take a vacation, celebrate and just rest. It is also the time when realtors have time to take a break and gather all their strengths for the upcoming season.

7 Things which differ top realtors from others

Real estate business is a tough competition where only 5% of real estate agents manage to get to the top. In fact, it is a goal of every newbie realtor to become once a top real estate agent and they’ll often start off by referring to colleagues as well as resources such as this InboundREM Real Estate Prospecting tutorial and similar guides. At the same time, top realtors behave and act in a different way from their colleagues. Having reached some success in this industry they change their strategies and start acting in a different way. What exactly changes? Look through 7 things top real estate agent do that others don’t.

How to plan a vacation for real estate agent

It is not a rarity that real estate agents have no time for their rest. Any break in the activity may result in a smaller number of leads and a possibility to miss a good deal. That is why they prefer to work all year round and forget about holidays and vacations. If real estate agents who work in the companies have scheduled vacations, independent contractors and entrepreneurs should decide that themselves. Considering a vacation a real luxury they can devote time to it only when there is enough money but such a moment almost never comes. They usually postpone it for better times and they come very rarely. If you are one of those who cannot find time for a vacation but realize the importance of good rest, learn these 3 strategies and never neglect this time.

10 Tips For a Real Estate Agent To Become a MILLIONARE!

The modern era provides many chances for people to become self-made millionaires in different professions. Real estate industry is not an exception. Agents get awesome commissions for their work so there are many possibilities that they can feel confident getting elderly and never hope only on pension. At the same time, it often happens that realtors who have been wealthy during their career turn out to have no savings behind their back and have to get used to living poorly. If you are a real estate agent who wants to have a careless life in the elderly age, consider these simple tips while you are young.

Statistics is a science which plays a very significant role in many industries and real estate business in particular. Realtors should always keep up with the trends and stay up to date to confirm their professionalism and awareness of the industry in the eyes of clients. Real estate business is highly competitive so it is very important to be informed about the latest statistics and use this information working with clients and getting more leads. We have prepared real estate agents 25 examples of overwhelming statistics connected with real estate business.

Getting The go-to Agent in The Neighborhood

It is always thrilling to spend big amounts of money, but what about the most tremendous purchase in your life? Probably, some of you had a feeling that it is a very responsible stage you have prepared for many years. It was a painstaking task to save these money and it often happens that you lack some minimum amount to complete the deal. Therefore, it is very important to know how to save on this global purchase and turn it to your benefit.